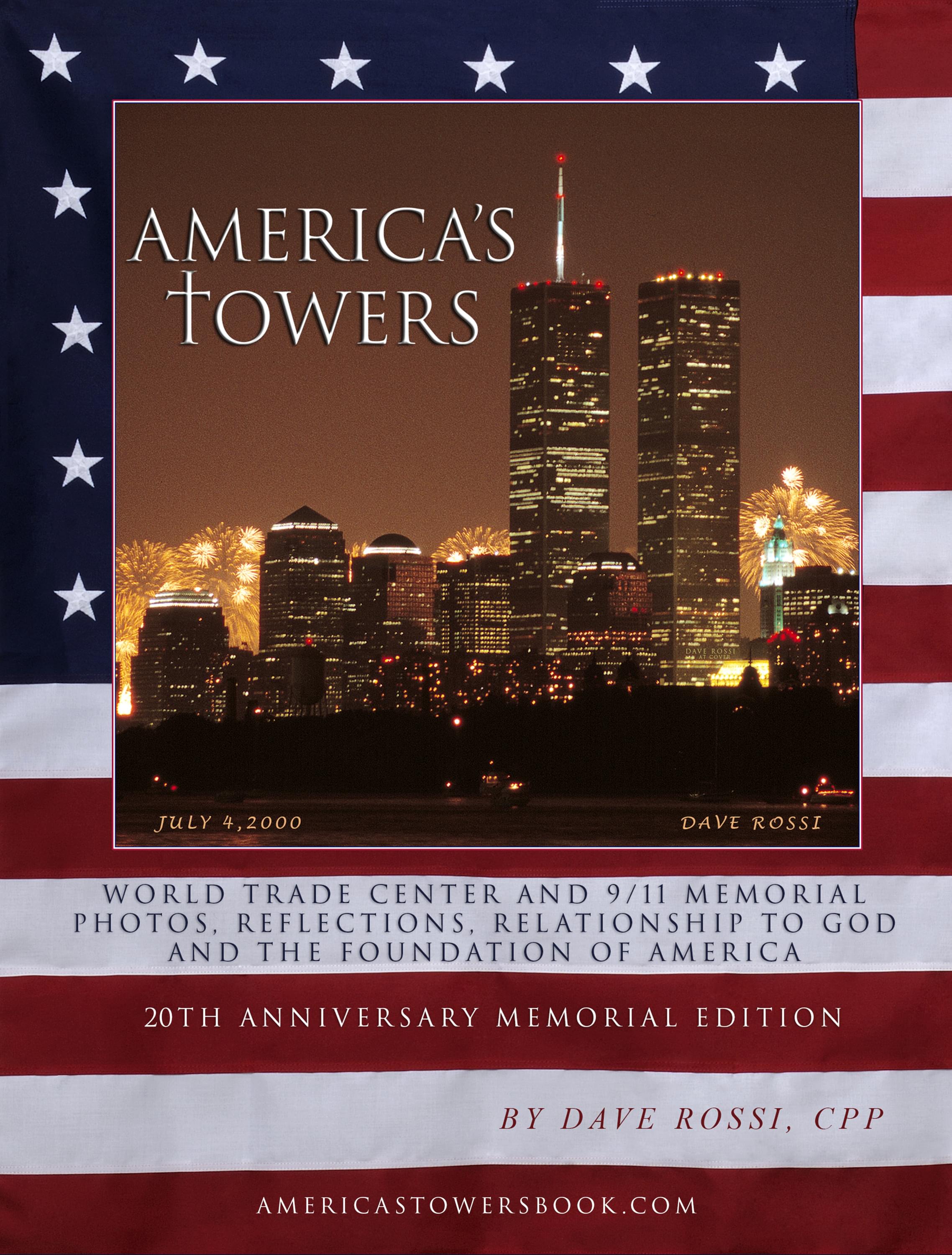 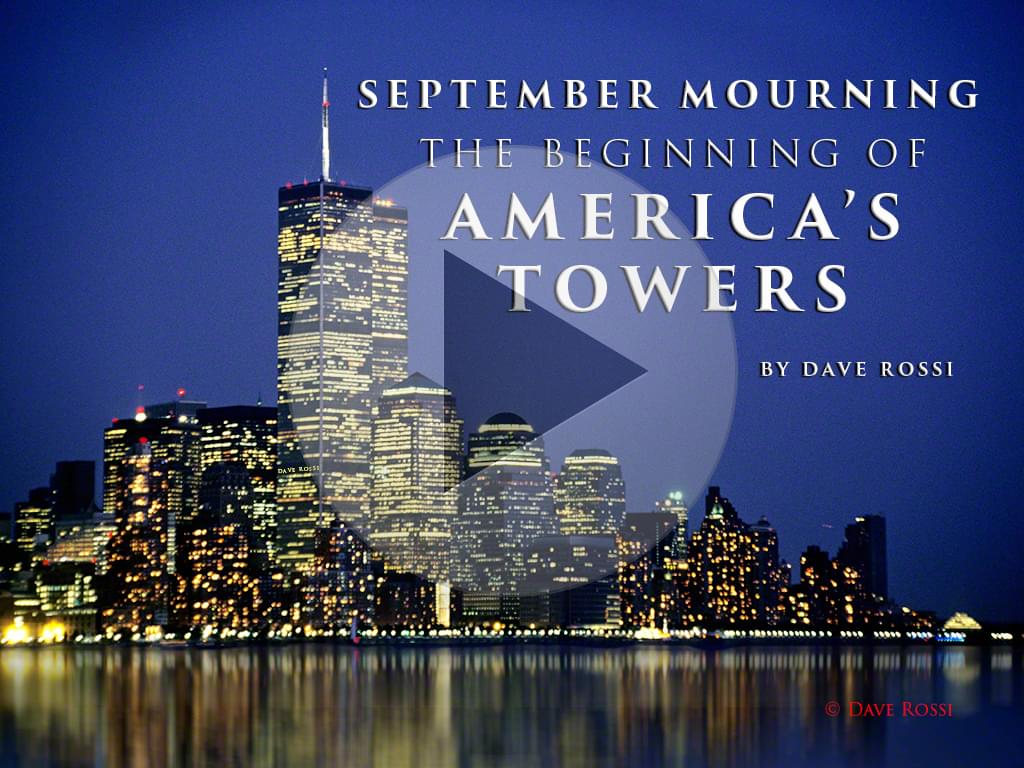 The inspiration behind making America's Towers 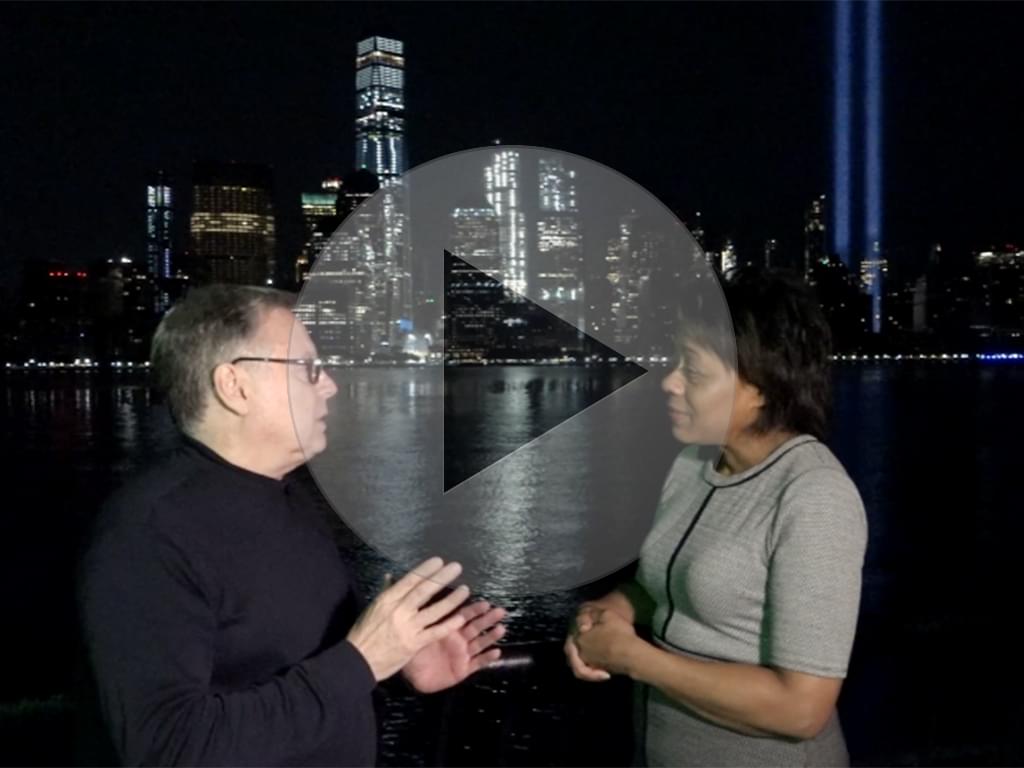 Dave is interviewed LIVE during his annual 9/11 photo shoot by Bronxnet Correspondent Arlene Mukoko about his new book America's Towers. 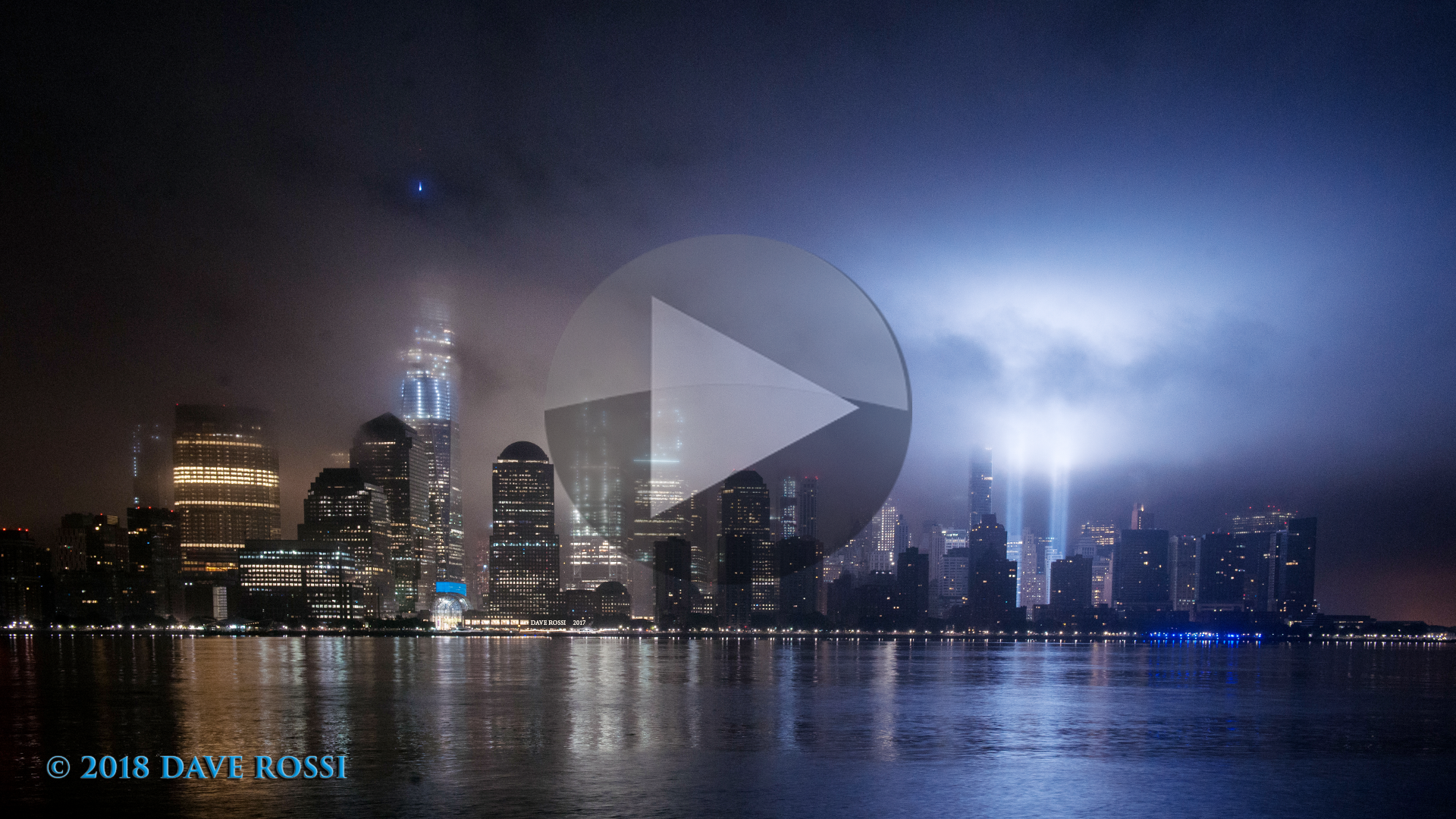 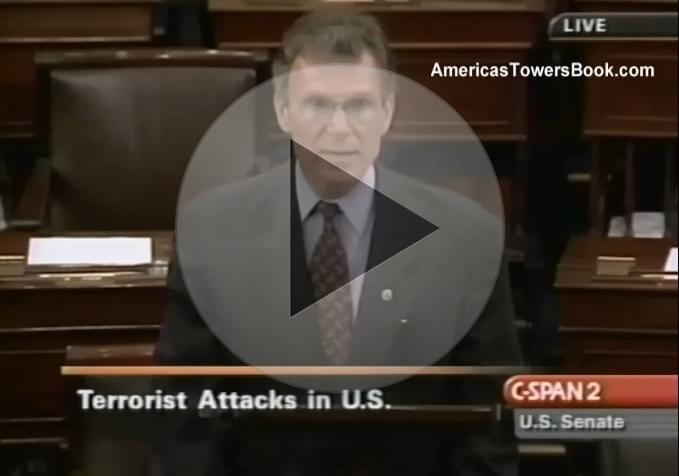 Senate Majority Leader,  Senator Tom Daschle, from the US Senate floor at the end of the Senate's official response to the 9/11 attacks 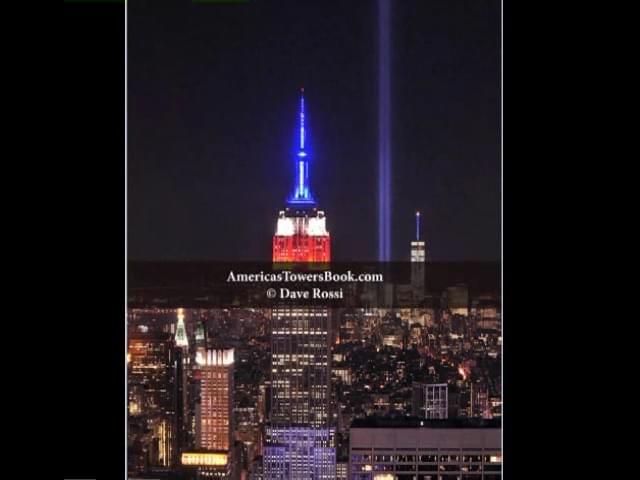 Enter your email below for our friend list
and receive access and information on:
FREE VIDEO WEBINARS.
Join us live online for video clips during our
annual 9/11 photo shoot, or come with us.
Also other photography how-to webinars
and Dave discusses America's Towers,
Book Signing Events and Photography Discussions.
You will also receive a link to the video replays.

This verse above was spoken on 9/12/2001 by Senate Majority Leader,  Senator Tom Daschle, from the US Senate floor at the end of the Senate's official response to the 9/11 attacks. This verse was first spoken almost 2500 years ago by the prophet Isaiah. Find out what it actually means. It's not good.

AMERICA’S TOWERS, World Trade Center and 9/11 Memorial Photos, Reflections, and Relationship to GOD and the Foundation of America, 20th Anniversary Memorial Edition is a memorial picture book and portfolio of exclusive photographs of the World Trade Center and 9/11 memorials as well as very relevant and little known historical facts surrounding the iconic buildings and the foundation of America.

The book is 9x12 and contains over 60 full-color photos that were taken between 1976 and 2021 from various vantage points of New Jersey and New York, by international award-winning, New Jersey-based photographer Dave Rossi.

Dave has taken photos of the Twin Towers for over 40 years starting as early as 1976. The last photos in the book are taken 45 Years later on the 20th Anniversary of the attacks of 9/11 of the "Tribute in Light" Memorial light display and One World Trade Center .  The earlier images were taken for Dave's Pictorial Photography. The on 9/11 and after images were created as a solemn memorial that we "Never Forget" the innocent lives taken and as an historical record.

Some of what’s in this Anniversary Edition include little known and very relevant facts such as the history surrounding a connection between The World Trade Center to the Christian founding of America, George Washington and The Bible as well as many full-color photographs taken up to and including the 2021, 20th anniversary memorial.

The book begins with scenic photographs taken by Dave in the 1970s of the distant towers from West Orange, NJ. The pictorial continues with several award-winning images he has taken over the years including a 1980 aerial photograph of the new Twin Towers before any of the other World Trade Center buildings were erected and the last photograph he took of the still-standing World Trade Center Towers in September 2001, from Hoboken, NJ. The book centers on a surreal two-page panoramic photograph of the downed buildings engulfed in smoke on September 11, 2001, which was shot from just across the Hudson River in Jersey City, NJ and includes a timeline of the events of the morning leading up to the tragedy. America’s Towers progresses through multiple photographs of the “Tribute in Light” memorial light display, the new One World Trade Center (Freedom Tower) under construction and completed, 9/11 National Memorial Reflecting Pool, Saint Paul's Chapel and historic cemetery as well as a cross-section of memorials in New Jersey and New York. The New Jersey memorials include a city memorial park in Westfield; county memorials in West Orange (Essex), Springfield / Mountainside (Union); improvised memorial in South Orange; and the New Jersey State September 11 Memorial “Empty Sky” just across the Hudson River from Ground Zero in Jersey City, New Jersey.

Through the photographs, memorials, and history in this book, a story is told of bravery, loss, faith, patriotism and remembrance of September 11, 2001 and a message and warning of what will happen if we continue to remove GOD from our culture.

America’s Towers will make a valued keepsake and historical rated “G” fine art and photo documentation book for you to enjoy now and to pass on to future generations.

Enter your email above for

Join us live online as Dave presents America's Towers and takes your questions in a video webinar.

Join us online as we remember 9/11 and live stream from multiple locations around New York City during our annual 9/11 evening photo shoot of the "Tribute in Light" September 11 Memorial light display.

COME WITH US ON OUR ANNUAL

One time experience. Bring your camera.

We are offering several aspiring and pro photographers the opportunity to come with us on our 20th annual 9/11 evening "Tribute in Light" photo shoot. Included with your experience is Dave giving instruction on how to shoot the iconic images and a FREE ($79 if you are not signed up for a workshop) pre-workshop online LIVE webinar with Dave discussing his 9/11 images and how to take them.

Dave Rossi is an International multi award-winning photographer, speaker, author and marketer and has been a PPA Certified Professional Photographer, CPP for over 25 Years. Dave established hi first studio in 1980 and has continually owned and operated several commercial and portrait studio locations in the NY/NJ area since then. 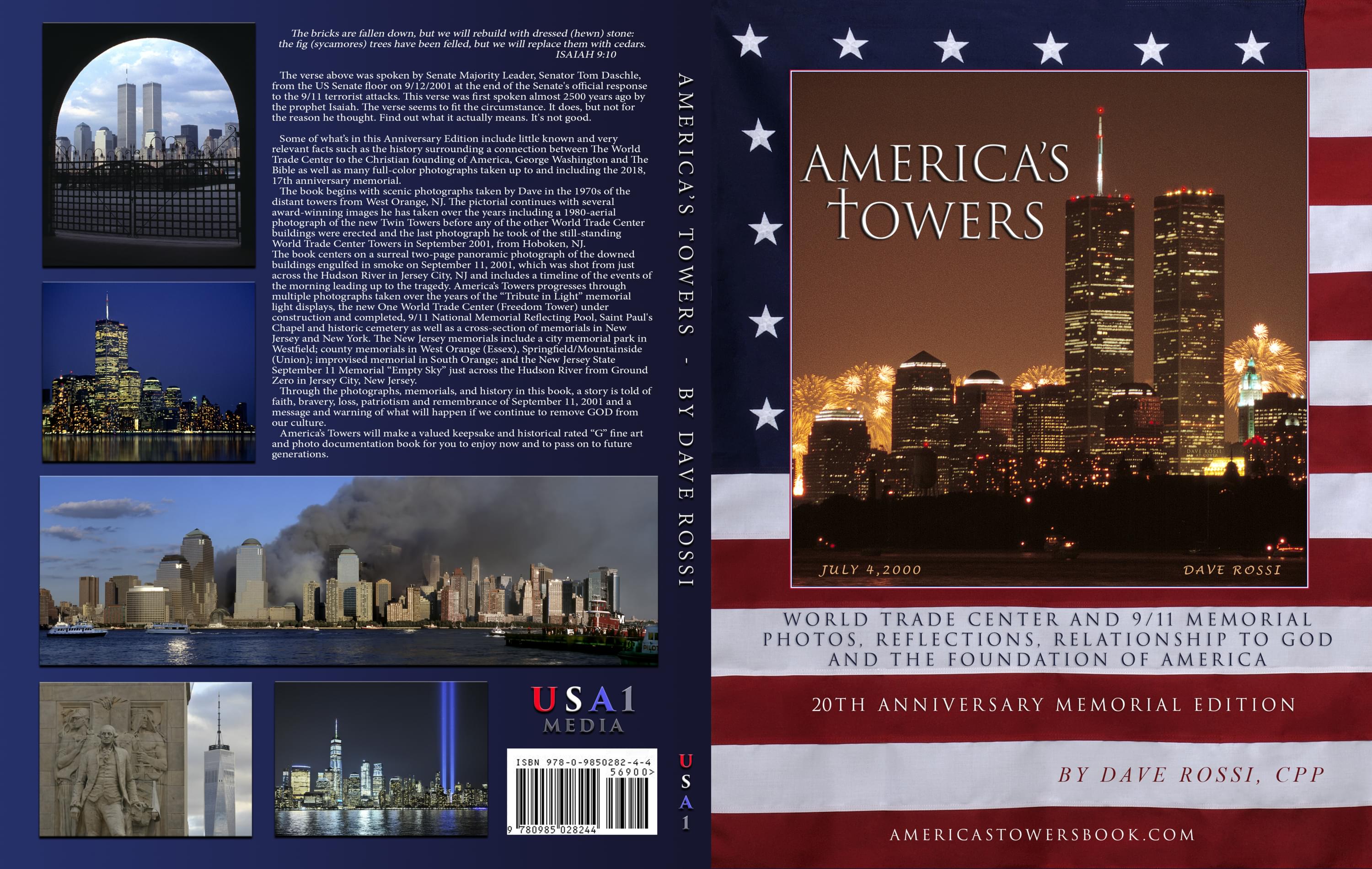 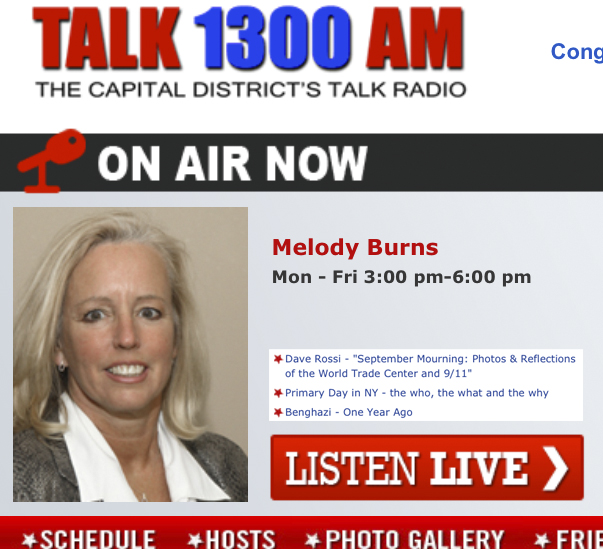